What Do Dogs Eat?

What do dogs eat, sounds like a silly question, but let's take a closer look. Dogs are members of the Canidae family. Canidae family members are classified as carnivores. Carnivores are meat eaters by definition. This biological family group, is made up of 36 different species, which include among others, coyotes, wolves, foxes and dogs. Yes, your dog! 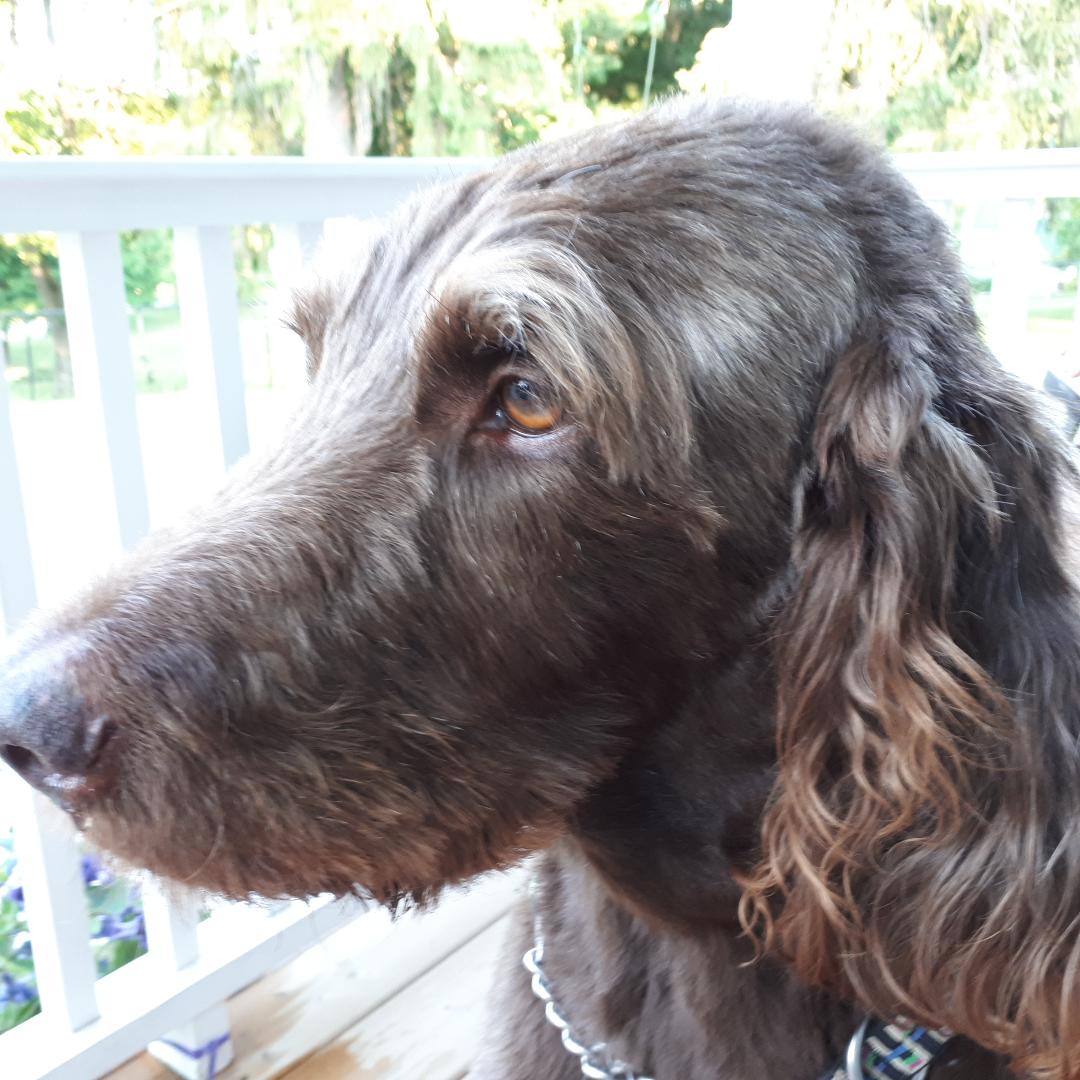 Here is the short version of how dogs came to evolve though the course of time to become what they are today. What do dogs eat, can be gleaned from what Mother Nature has provided for them through the eons.

Millions of years have passed. Evolutionary biology can track the lineage of our present day dogs back about 50 million years. At that time, this carnivore group, split into two lines, namely caniforms and feliforms, which were basically...dogs and cats! 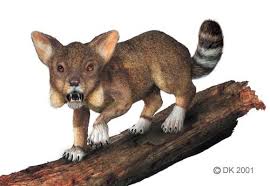 Of these three groups, only one sub family group has survived...the Caninae.

All of our present day canids including wolves, foxes, coyotes, domestic dogs and others, belong to this sole surviving sub family group called, Caninae.

Fast Forward Through Millions of Years to
Meet the Domestic Dog 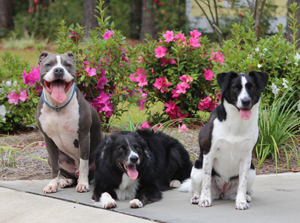 Understanding canine nutrition and answering the question of what do dogs eat, is dependent on realizing and acknowledging that, all contemporary dogs evolved from the Order of Carnivora. They are meat eaters. Their powerful, canine body structure and dentition ( teeth ) along with a short digestive tract, say that they are. Nothing has changed over the millennia.

Whizzing through history to the present day, we see that selective breeding has created a companion dog that appears different than his wild cousins, but is he really so different? Would it not make sense considering what we know about the evolutionary history of the dog, to understand that our present day dogs are still canids. Nothing has changed. So, answering the question of what do dogs eat, becomes clear.

What do Dogs Eat...Then, as Now

Canids are still meant to eat meat from the prey animals that live and share their natural environment. This true canidae food is the all natural dog food provided for them by Mother Nature.

Since dogs as a species evolved alongside early humans as much as 36,000 years ago, and continue to bless our lives today, it's interesting to me, that somehow we have forgotten their natural roots when it comes to feeding dogs.

Humans and dogs evolved together. Both species have benefited from the partnership, including the hunting and sharing of food. Since early humans evolved as hunters and gatherers, it should be obvious that, evolutionary dietary guidelines were similar and served both species. Canine food and people food was not that much different. What did humans eat? What do dogs eat? The dogs ate what the humans didn't!

The Canine Ancestral Diet is
Alive and Well Today

How is the coyote population of Prince Edward County able to exist and maintain, in spite of being harvested, shot, and tracked intensely across the distribution area?

What I found interesting about this article from my all consuming interest in dog nutrition and what do dogs eat, was what the coyotes were found to be eating. Information was gathered from live coyotes that had been radio collared, their waste, and the carcasses of dead coyotes.

Since coyotes and dogs belong to the same species family group, namely the Canidae family, the stomach contents found inside these wild canids answers the question...what do dogs eat? Our domestic dogs could consume the same natural foods. Obviously they would thrive. The coyotes are!

Here's what was found inside the stomachs of 300 coyotes.

The remains of...small rodent species such as voles and field mice, rabbits mostly in summer, beaver, porcupine, skunks, muskrats, fawns and deer mostly in winter, some rotten vegetation and apples in the fall, cats, dogs, farmed livestock both from live kills and dead stock, such as cows, goats, sheep, chicken and pigs. One dead coyote was found with six pounds of chicken in it's stomach.

What Do Dogs Eat? Lots of Varied Choices

The results from this study show a wide rotation range of food, consumed from available sources within our local residential and agricultural farming area. Of course the menu would change with geographical relocation. A wilderness setting for example would provide less livestock as an available food source. This would be true throughout the world. Wherever dogs and wild dogs live, they will source their local area for food.

The point is, these coyotes are just wild dogs. They are eating everything and anything they can find that falls within the natural dog feeding guidelines that wild dogs have always eaten since the beginning of time.

The Canine Ancestral Diet is alive and well today. It consists largely of the carcasses of other animals, together with a small amount of rotting and naturally fermenting vegetation and fruit. This complete and varied diet has prevented nutrient deficiencies over the eons, allowing the Canidae species to thrive.

All of this natural food is raw food. Coyotes are not having cookouts! Much of this food is from fresh kills, but some of it is scavenged and rotting. This makes complete sense knowing and understanding that wild canids and dogs, are by nature, scavenging carnivores, cleaners and cullers of our earthly environment. All dogs as predators, used to have a job to do. They played an important and necessary role in the balance of our natural world, removing the weak, the old and the dead, so that the living can become stronger.

You Can Duplicate the Laws of Nature
at Home

This is good news, because you can use this knowledge to help your dog be a healthy dog. Natural canidae food served from Mother Nature's buffet, has helped dogs survive and thrive as a species, over millions of years. It can work for your dog today, too.

You can follow the wisdom of Mother Nature by providing a variety of foods that are easily available. Real canidae food such as meat, bones and organs, small amounts of vegetables and fruits, prepared in a way that duplicates what wild dogs would find in nature.

This way of feeding dogs doesn't have to break the bank or send you to the loony bin. It's simple. A good place to start is right here.

The Importance
of Genetics

Feeding according to genetic context is the most important idea you can embrace if you are concerned about your pet’s health.

Please consider the ideas found here in this article. Appropriate food is the most important factor in maintaining good health. 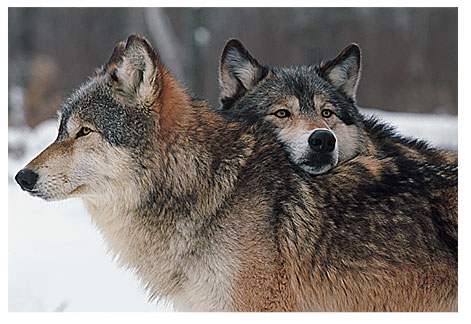 In the Company of Wolves

When the moon crests the hills
giving each tree a black pool shadow,
the wolves wade in the forest,
wet themselves in the darkness,
shake it from their fur.

In clearings of light,
their eyes are stars,
their teeth comets,
their tails galaxies,
they are constellations of the night.
They roam the universe.

They run as Diana's companions,
laugh as her silver arrows
and their iron teeth
harvest the hunt's bounty.
They hide in her moon,
and cloud around her with breath.

Quick to 'fend their kin',
they are hot of blood,
they are slow to sin.
Grey, brown, white, black, blonde,
ear, tail, paw, claw, and tongue.

They play as a pack,
and they melt together
so that one is part of all
and all become one.
They prance through the forest.

They track through the sky.
They are noble in friendship,
and single in thought.
I join them in flight.
I run in the company of wolves! 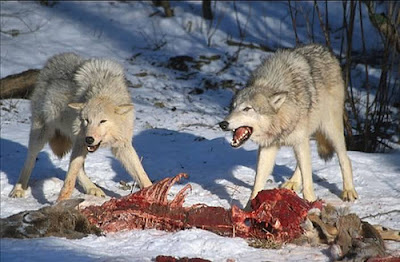 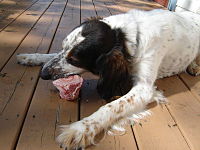 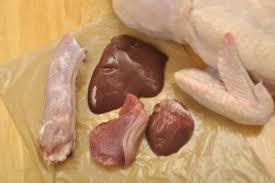 Serve a variety of raw meat and bones 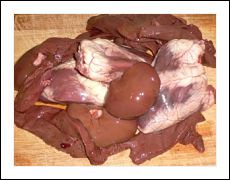 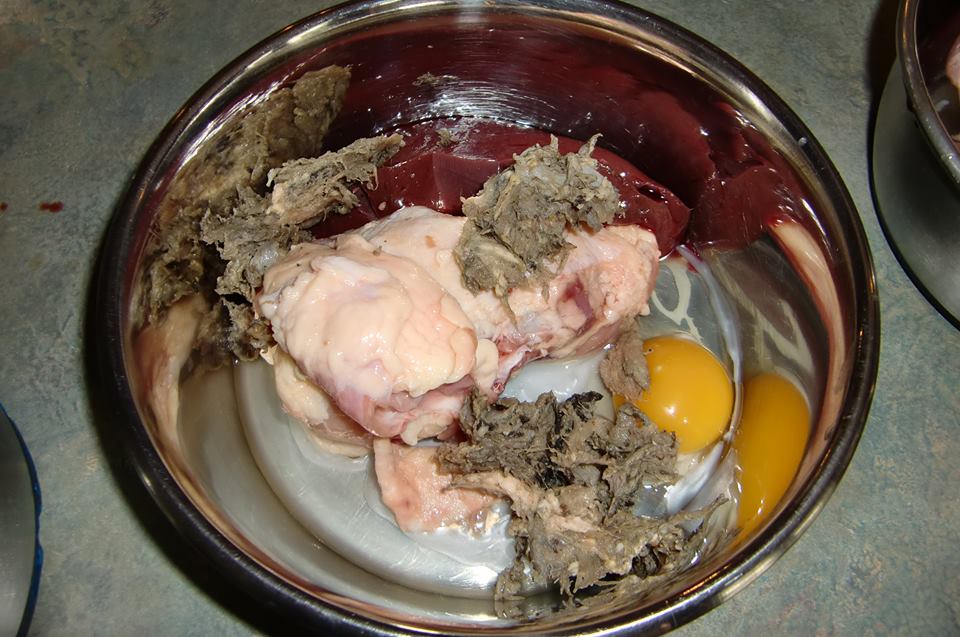